A challenge for the vertically challenged

I'm really short - about 5'0" - maybe a smidge over that, on a good day.  It is sometimes challenging in the horse world when you are so short.
Some of the (very minor) and slightly funny issues I've faced are:

- western saddles - the fenders/stirrups are adjustable, but often don't go short enough.  I had to have a saddle maker cut the fenders on my current saddle so it would work.  Turns out I need a youth sized fender!

- dressage saddles - standard length flaps are too long - the stirrup and my ankle barely make it past the bottom of the flap, causing my ankle/boot to get caught on the flap. Awkward!  If I ever do ride dressage again, I'll have to look for a short flap saddle.

- horse trailers - depending on the style, it is hard for me to reach the windows from the outside to open/close them for horses.

- getting on a horse from the ground.  This picture illustrates it perfectly: 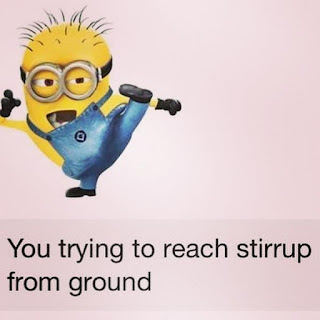 And finally - the funniest one considering what class I like to show - setting up a halter horse!

For whatever reason, halter horses are all taught to set up in the ring a specific way.  The off-side hind is your place marker. You then use the halter/lead to set the near hind.

Then, to set the front legs, you put your hand on the horse's wither (you can touch the horse) and use your right foot to indicate where the horse should move the front legs/hooves.

In theory, that is how it is supposed to work.  When you have a 16+hh horse and a very short handler, this gets tricky!  I can reach Fred's wither, but I can't put my hand on his wither and put my leg out at the same time!  It just doesn't work!  I was practicing setting Fred up the other day and realized I need to retrain him a bit so I don't look as silly!

Retraining the setup is one of my projects for this spring, so we are ready for a show, if possible.  Here is a clip from a video with the way I will be attempting to retrain him.  I should be able to put my hand on his shoulder and make the adjustments to his front end that way. 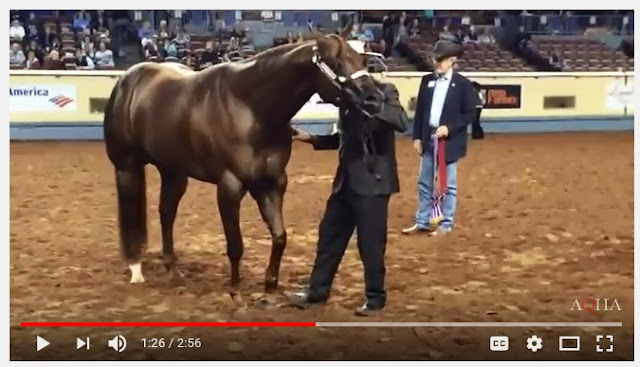 I was bound and determined to do more than just groom Fred this weekend!  I really want to start working with him as the weather is now more spring-like.


I wasn't sure how much my ankle could tolerate, so I thought handwalking on the laneway was my best bet.  I also decided Fred was going to try out a saddle too!  Whew! Can you handle the excitement?  lol


I've saddled Fred a few times in the barn this winter, but never had him walk around with it girthed up.  Spoiler alert: he was fine.  ;-)  It is hard to take pics of this horse - he wants to be in your pocket the whole time!
I threw an English saddle on him - we aren't ready for the big western saddle just yet.  Not to mention the fact that I can't lift and carry that sucker right now. I'd probably trip and break my ankle! lol  (Going slightly crazy since my ankle is not better yet!)   He didn't even react when I tightened the girth slowly.  He is so calm 99% of the time. I really hope that carries over when someone gets on him for the first time.
We hobbled up and down the laneway a couple of times and Fred was great.  I just didn't feel comfortable leading a huge animal that could jump/spook at any time.  I don't think I could react quick enough if something happened.


This ankle business is seriously cramping my spring plans!

At the end of the walk, I even let down one stirrup and flapped it around.  Fred really didn't care. He might feel differently moving a bit faster on the longe line - maybe next month I can try that?  *Sigh* 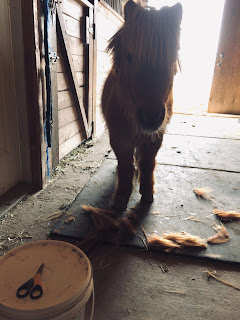 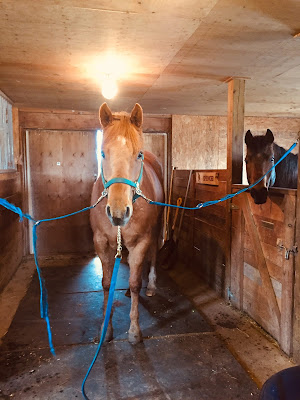 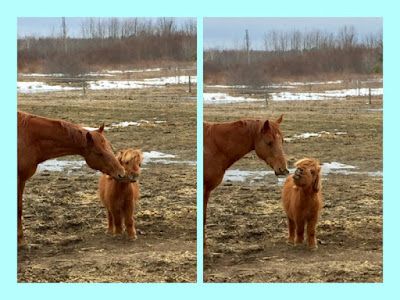 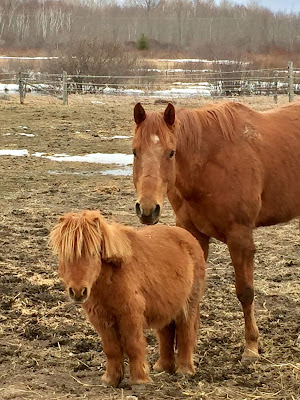 I'm having a hard time finding things to post, since I'm still not doing much horse stuff!! I'm now able to limp out to the barn to feed hay, so I'm hoping this weekend to be able to actually do something more with the horses - like maybe groom them??? Baby steps, Laura, baby steps! 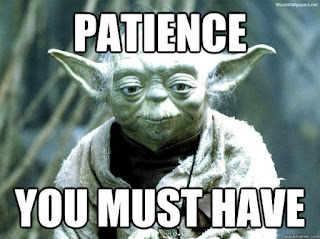 While I was away on my trip, 2/3 sets of sliding barn doors were frozen.  The back door was frozen closed, the middle set is inside, so no problem and the front was (and still is) frozen open! We had all kinds of snow, rain and freezing rain and my Mom just couldn't keep on top of it.  My first priority was to get the back door open so I could get the horses in if needed.
*Editor's note: this all happened before I sprained my ankle!

I was able to chop away the snow and ice to get the back doors open and closed.  I usually have to latch that set of doors, as Spencer is a bit of a Houdini.  I figured just closing the doors would be fine, as it was really hard to slide it open with all of the snow.  That was my first mistake!

Spencer is good as gold 98% of the time - he is older and wiser and doesn't tend to get into trouble.

Except he is really good at opening doors.

So, one afternoon, as I drove in the laneway, I was met with this:
It took my brain a minute to process that they were out front, instead of in the paddock!!!  I had to laugh, because they were clearly not worried about being out, but enjoying their day!  They also didn't go on the road, thankfully, as that could've been very bad.  I think having access to a hay buffet kept them from wandering too far.
Once I got into the barn, I found Fred happily munching away on 2nd cut hay - which is totally fine as it is for him anyway.  They had pulled all of the blankets onto the floor to get at the hay and trampled all over them.  I did have a mini panic when I saw that Fred was tangled up in a pile of horse blankets.  He seems to have a decent brain for a 4yr old, as he stood calmly while I untangled him.  It was a bit lucky that none of them got hurt, as my barn aisle has a lot of stuff lying around lately.
Needless to say, they had a fun day and nothing bad happened.  After I kicked them back out in the paddock, I made sure to clear away more snow and ice so I could fasten the latch!
- April 12, 2019 5 comments:

**Disclaimer:  I wrote the 1st draft of this BEFORE I sprained my stupid ankle...so needless to say I'm a bit behind in my plans, but c'est la vie. ****************
I had been waiting for my trip to be over and for things to warm up a little bit around here before I got too excited about horse plans. I usually get super excited about summer shows and events and want to do all the things, but have to rein myself in... 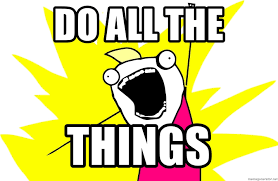 My show plans for this year are totally up in the air, but that will sort itself out as we go, I'm sure.

I always struggle with goals and plans for the year, as things can change on the fly with life (sprained ankle?) and with horses.  I try not to get too caught up in setting detailed goals (even though I love a good list!), but it does help me to have a bit of a plan, so I know what I'm working towards.
My immediate plan My plan as soon as I can walk somewhat normally is to start working with Fred as we don’t do much of anything in the deep winter. He hasn’t done much since October and has the longest gangly teenager legs I’ve seen.

Editor's note:  I had hoped to have a nice pic of Fred out working on the laneway here, but instead, a picture of my view of the horses the past two weeks!  *sigh*

I'm also on the board of directors for a small show club - cowboy obstacle racing of all things!  I'm not a huge fan of the sport, but my friend is on the board and I'm just along to help her out.  I will be stepping down after this year, so I'm sort of looking forward to having no firm commitments for volunteering after this year.   I have volunteered for a lot of stuff the past few years and am thoroughly burnt out on that front!

So, here are some tentative plans for the horses for this year: I also created an events page (like Emma!) to keep track of all the horse events I'd like to attend/spectate.
Fred (4)
Spencer (18!)
Copper (mini)
Personal
That seems like a lot of stuff when it is all listed!  The list is pretty fluid and I'm sure I'll add and remove stuff on a whim or out of necessity.