January got off to a bit of a rocky start...we had a family issue that took up some extra time.  Between that and work being very busy, I haven't had a chance for much else.  The past three weeks has had me running to work and then running home to the barn to throw hay and check water, but not much else.

Things are starting to look up a bit now as the days will be juuuussssst long enough for a bit of daylight after work.   I'm looking forward to taking a bit more time out at the barn and just hanging out with the horses while they eat their hay.   I'm also hoping to start working Fred a bit, just easy in-hand stuff when the weather allows.
We've also had some crazy weather - we've had two or three cycles of above freezing temps, rain, ice pellets and then snow, which is just a weird combo.  One day the paddock was just a skating rink - every inch of it was ice. I wish I had taken a picture to show you guys - it was raining and the water was just running off the ice - very weird.  My place is mostly flat, but the paddock had just enough slope to make it treacherous. I kept the horses in until the snow came back and improved the footing again.


Now we are on to straight snow, which is much, much better, imho.  We had a few inches last weekend and another few inches this weekend.   Fred has been busy wrecking his current blanket, which is always fun.  Somehow he ripped apart the neck cover on his blanket and I don't think I'll be able to salvage it.
﻿  Now that we have some snow piling up, my boarder has been bringing over her snowmobile to help pack down the riding ring and a little loop out in the back pasture. Of course, it keeps snowing so she has to keep going over the trails.  She is trying to ride as much as she can throughout the winter, which is admirable, given the unpredictable weather we've had so far!


One of the many reasons I love having the horses at home is being able to fix issues right away.  Exhibit A:  Hubby looks out the window and tells me that Fred is "walking funny" and I'd better go check him. (his description).


So, I went out to find the back end of the blanket all twisted and flipped up.  One of the stretchy leg straps was down below his hock, causing him to "walk funny".  lol *sigh*
He wasn't too concerned that his butt was getting wet and his leg was tangled - you can just see the black strap on his LH in the picture.  I have a feeling this blanket won't be around much longer. I'm not a fan of how it fits him, so it is probably time to let it go.


Not much else is going on here for the moment, so I'm off to shop online for another blanket for Fred!

I didn't do too bad checking off items in 2019.  I didn't really have any big goals, more day to day stuff that needed to be done.  Getting those items checked off gave me some motivation and momentum heading into 2020. 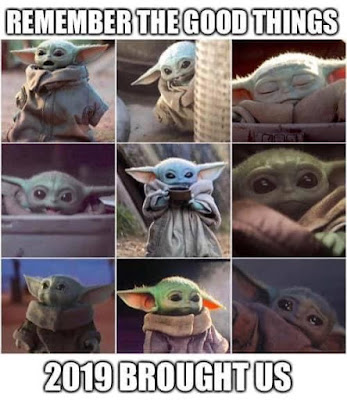 Personal Q4
Work Q4
I'm going to try setting some actual goals and plans for 2020 - I haven't really done a formal list of bigger goals in a while, so this should be interesting.  ;-)  This is my overall list - I have a more detailed break-down of what each big goal entails. I'm old school and keep all of this in a paper journal!  I'm also aiming to follow the no zero days philosophy to help keep me on track.

In my travels around the internet, I've found a few great resources on setting goals and failing and how to deal with all of that.  I've been totally sidetracked by Baby Yoda memes.  And yes I'm admitting that publicly, here on the internet.  ;-) 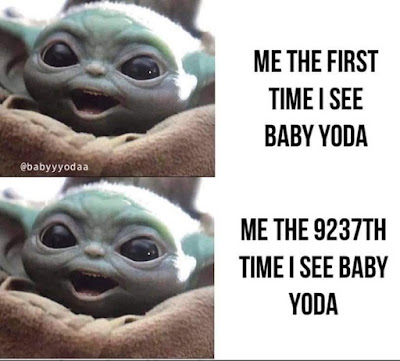 I came across a cool article on a running website and the gist of it is that it is ok to set goals and ok to fail.  What?  I know, crazy, right?    The article is about running and sports, but just sub out "athletic" with "equestrian" and you are all set. This quote really resonated:

"Athletic failure is not something we need to fear. It’s something we can celebrate as a community as a chance to learn and laugh. And by celebrating failure, we can truly explore our potential and have way more fun along the way."

I'm at a point now where I don't get too upset if a goal has to be re-assessed or changed or cut out completely.  I think you need to re-assess life pretty regularly to make sure things are on track, or if something new and exciting comes up, you are ready to accept it.   I'm making some tentative plans to show Fred, but if they don't come to fruition, well, so be it.  I'll just need to assess whether to keep trying or maybe sell him and focus on the baby horse coming in 2021 (fingers crossed).

So, without further ado: 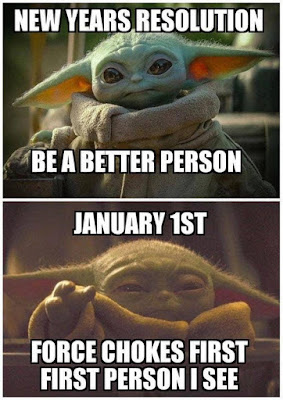