The big move and Rip gets weaned

I'm working on updates...I promise! I have a mountain of cute  foal pics to post, but I have to download and edit those, so I'll be jumping back and forth in time as I attempt to get caught up!

If you remember, my good friend (and Rip's co-owner) sold her farm and bought back her childhood farm.  The only catch with all of that, is that the closing dates for the two properties didn't line up.  She just moved into her new (old) farm three weeks ago, so her horses were at my place all winter.

She owns Spunky, the big halter gelding and Lucy, Rip's Mom.  After some renos were done on her new (old, built by her Dad who passed away a few years ago) barn, my friend was ready to take Spunky, Lucy and Rip home.

I have to say I miss the horses, but don't miss the workload!  Her  gelding Spunky is on stall rest, so he was quite a bit of work.  Good thing he is so handsome though!  He and Rip enjoyed playing a bit when possible. Often, while cleaning stalls, I would let Rip wander around to get used to the barn and be away from his Mom a bit.

All three horses trailered well and settled into their new spots.  Well, except Rip.  The poor guy got separated from his Mom that day!  He did settle though and within 72 hours was doing much, much better.

I have had a friend helping me work with Rip the past couple of weeks to get him ready for weaning and to be better with having his feet picked up.  He is not a fan of having his feet touched.  He has been trimmed once by the farrier and was due again last week.  (Note: sorry for the blue faces - don't want to post other people here if I can help it). We were able to get his fronts trimmed this time, but there was a lot going on in the barn, so his hinds will get addressed next visit.

He was also checked by vet and given his first vaccines.  She also confirmed that he is ready to be gelded, so we booked that for later in June.  Woohoo!  Lol  I'm sure Rip won't feel the same way.

It is cool and a teeny bit sad to see Rip grow up so fast!  I'm super excited to see how he looks as he grows up though, so it is mostly good!

I have been going through the hundreds of pictures I've taken this winter as I'm trying to get my blog caught up.   So far I am noticing a theme to my pictures/videos:

I found this silly video I took of Archie having a bath. Turn up the volume if you can for his big purr.  Lol.  Clearly I need to get out more!  I am still working from home full-time, with no end to that in sight. 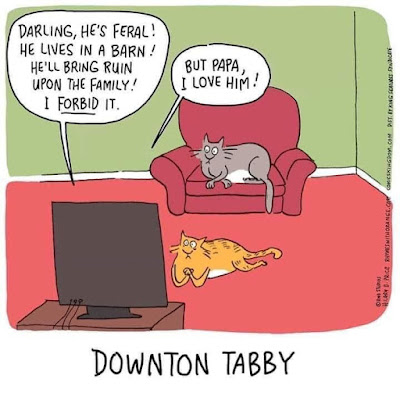 Vaccination rollouts are going super slow here, so who knows when I'll be able to get my vaccine.  I haven't seen my family since August, which kind of sucks.  I've been trying to figure out some goals for this year, but well, that is proving a bit difficult. Then I get sidetracked by the cats and memes.

In other news, in 2 weeks, my friend is moving back "home" to the farm where she grew up. It is really exciting for her to be going back there.  Her gelding will leave here mid-May once she has her stalls and paddocks set up.    I think Ivy will also be going to live there (reminder: this friend and I co-own Ivy) and Rip's Mom Lucy will also go once the little man is weaned (late May?).

My friend's sister also just bought a horse and that mare will be at my place until sometime in May when she will go to the "farm".  :-).  I'll be helping ride this horse a bit as well, as my friend's sister is a bit rusty and nervous.  I'm really hoping I can trailer Fred over there this summer and the two of us can go for a hack or something. 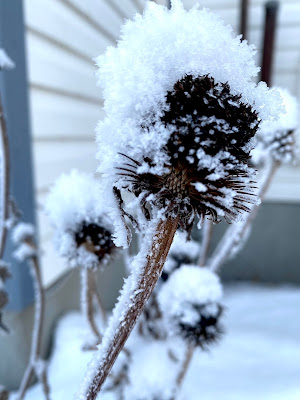 So, all of this leads me to my 2021 goals. Thanks to anyone that has read this far down. lol

I'm keeping things simple this year, until we see if there will be any shows.

And that is about the extent of it. Me being me, I have a more detailed document going with goals and accomplishments by quarter, but I'll share that another time.  For now, I'm just going with the flow and we'll see what we can get done!
Are you guys going for any big goals this year?  Or being like me and taking it easy and rolling with things due to the pandemic?  Is anyone back to normal post-pandemic?
- April 25, 2021 7 comments:

Ok - more Rip updates are coming!  I'm going back in time here to keep things sort of chronological where I can.

Rip was born on Jan 17 and we were able to see him the same day, at about 3hrs old.  Our next visit was on Jan 21, which put him at 5 days old.  There was certainly a difference in just a few days. It is kind of mind boggling how fast foals grow and develop.

Most of my pics are just of him and Mom in the stall at this point. The barn owner did start turning Mom and foal out in the arena for a few minutes a day later that same week.

After we were there for a while, he got to be a bit more brave. He would come over for a sniff and let me scratch him all over.  I sort of fell in love that day.  Lol

And of course, it didn't take long before he needed a nap.  So cute.  The cuteness overload was almost too much to take! Lol. As much as I was ga-ga over the cuteness, this experience has shown me how much work mares and foals are.  I mean, horses are a lot of work - we all know that - but a mare and foal is a bit on a different level, I have discovered these past few weeks.

What a better way to rest with Mom standing guard. Mom's side eye game is next level too.  ;-) 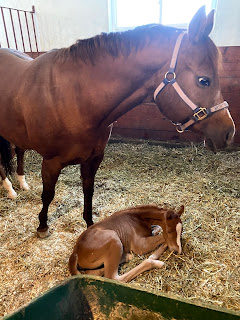 A few days later, the barn owner sent me a video of the two of them out in the arena.

More to come this week as I get my pictures and video organized!!!


I think I'm currently the world's worst blogger!!! Lol  I didn't meant to take a break, since I've been busy with horse stuff!   Work was super busy over the winter and is just starting to ease up now, so I feel like I can breathe a bit and do some other things!

Rip is fine and growing like a weed! Mom is doing well too.  I have a lot of pictures and video, so will try and get myself organized and post some chronological updates.  I really want to have a record of things with this first (adorable but a bit bitey) foal.

Fred is fine (mostly) and learning to work under saddle. He has some minor-ish hoof issues that I'll talk about later, once I get myself organized and gets some updates sorted out!  I also have some video of him working under saddle so that is a first that I have some actual media! Lol 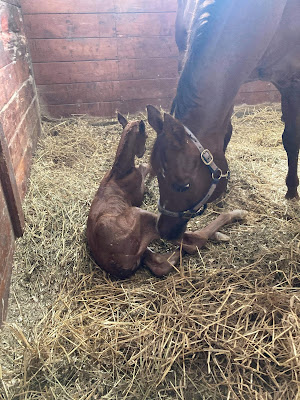 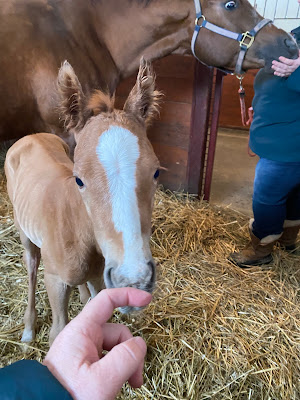 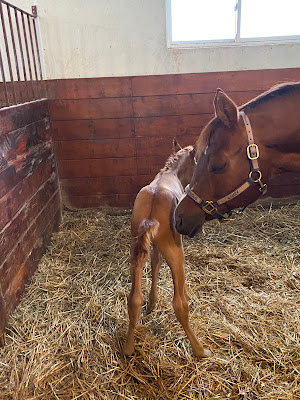 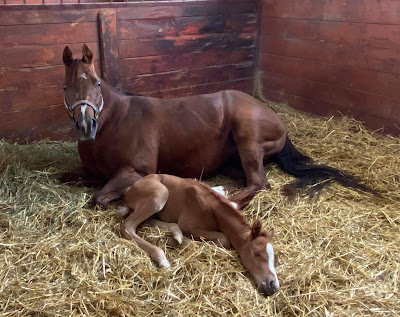 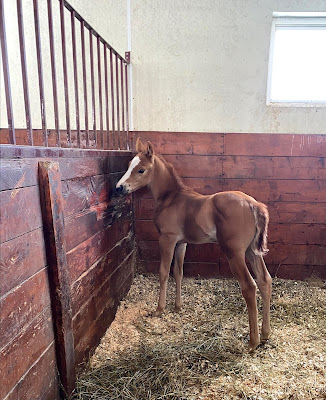